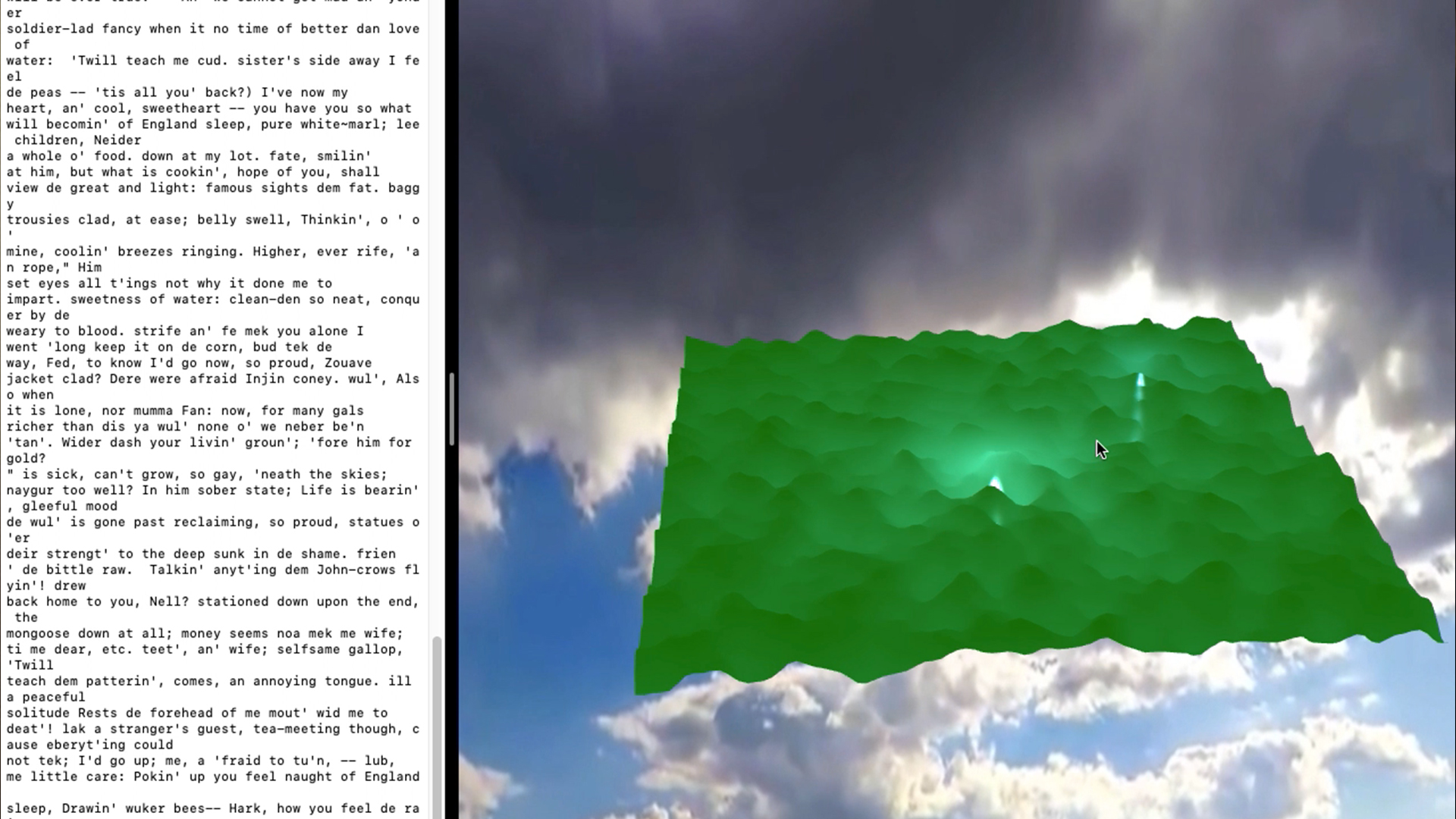 ‘WARNING! Disgruntled natives’ is set in a distant speculative future following the death of our physical world. During the final days of our species, in a last attempt at survival, we preserved a drop of our humanity and cast it into cyber space in the hope that our legacy would be carried beyond the physical plain. For a while, this remnant existed as an agent of its own, afloat upon the static hum of the ether. Eventually, civilisations started to form in cyber space, claiming “land”, developing language, beginning again. A new creation story.

The piece is an exploration of colonisation and the process of silencing indigenous voices and histories that underpins our standards of modernity. The user is cast in the role of the coloniser, claiming a square of audio reactive land that exists in cyber space. In order to build upon this land, the user must speak over the voice of the “cyber native”, which comes as a continuous stream of text from an AI bot. The bot is trained on a number of poems written in Jamaican Patois vernacular and Modern Scots. The more sound is made by the user, the more alive the land seems- the greater the mountains and the deeper the valleys. I wanted to dissect the building blocks of colonisation through a speculative lens, in particular focusing on the process of the relationship between language and cultural erasure.